Job titles and roles in UX are changing

When UX became a worldwide thing around 2009, it spawned a plethora of job titles, mostly useless ones. Time to clean up. 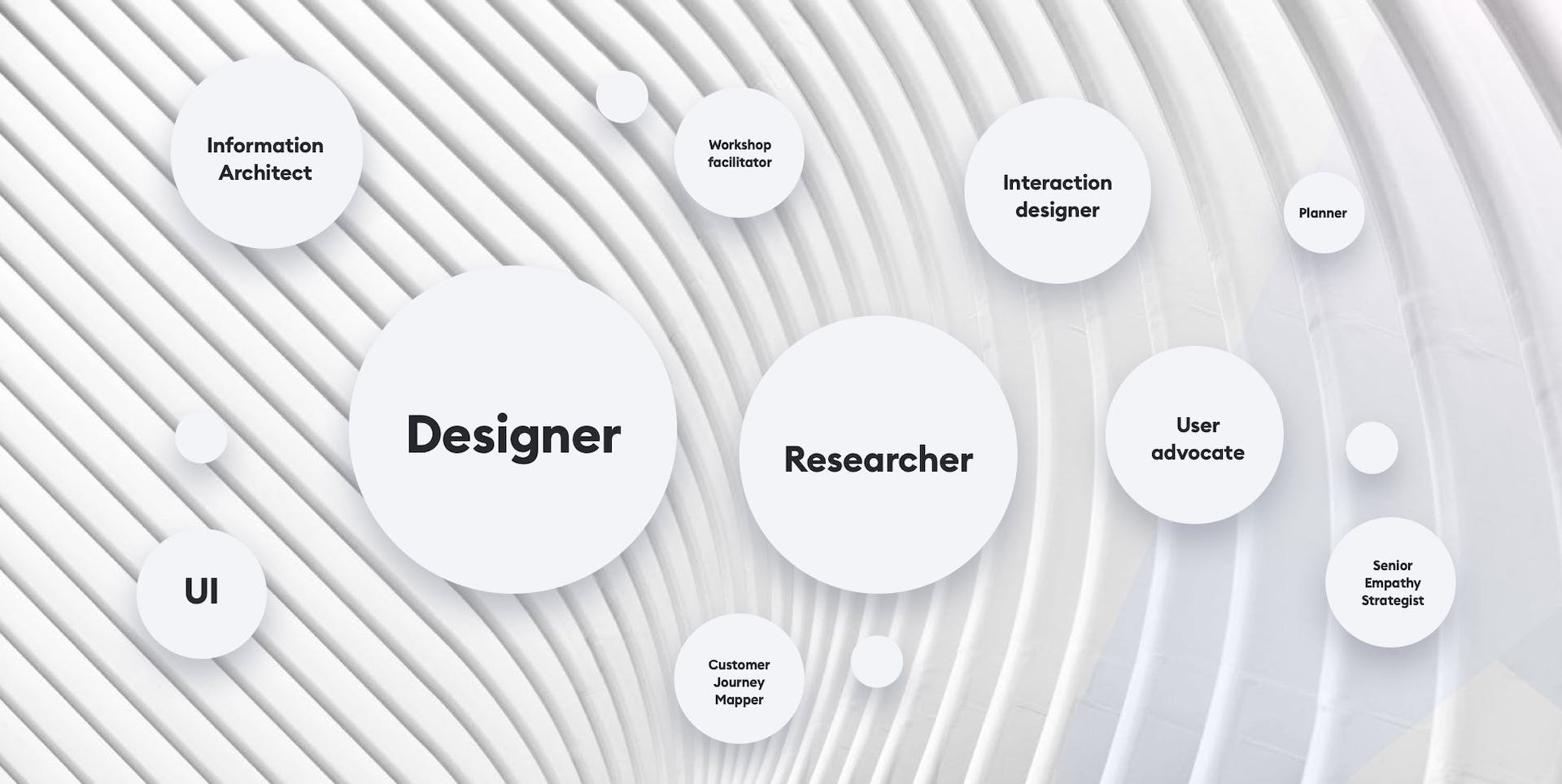 I have been already working as a designer for over 10 years when UX became mainstream. Of course, the internet didn't break because a typical UX process wasn't yet established.

There was a "before UX" time, when we delivered projects and they actually were successful. Want to guess how we did it? We researched what works, used competitive analysis, user surveys and then simply iterated until the results were good.

In reality not much has really changed, the process got simply a little bit more defined, but next to that it also got a lot longer.

I believe it had to start this way, because that scientific approach needed to be established, defined and outlined for the future. After a while, however, it led to mostly repeating the same patterns and a confusion in which roles are even needed / useful in the process.

It's new so it has to be good

What UX brought to the table was a lot more research focus in smaller companies. Big businesses used research way before someone put the U and the X together.

Sure, brainstorming sessions are a great way to ideate on new ideas, but what it transformed into was a litany of role-playing meetups, playing with action figures (representing users), sketching impossible to decipher „flows” on flipcharts and the ubiquitous post-its.

Initially the clients were dumbfounded. They heard about how UX can greatly improve their businesses, so they assumed it simply has to work that way. They played along, paid over the top and - in many cases - seen an improvement.

Companies started inventing even more roles, to fill the seats on a project with even more people, often contributing very little to the project and costing the client a lot more.

The improvement was for many years a way to justify the cost. But then …

UX happened at just the right time - with the introduction of the iPhone, there was a complete paradigm shift in how we interact with digital products. It heavily influenced the way they were designed as well, and helped justify the increased cost. After all, the mobile experience was still so fresh and new - we had to learn more about it. Plenty of room for improvement, so the UX process, alongside it’s many practitioners was welcomed with open arms.

Are we on the same page?

Years passed, apps matured, mobile devices got better. The industry did a lot of research and improved the experience in a significant way. That’s all great! Yay UX!

But one more thing started happening that not many people predicted. Mobile, by being so personal and hands on, was actually easier to use than the web. It opened the world of apps and mobile websites to a lot more users, who otherwise wouldn’t experience the digital world at all.

That initial push into better user experience resulted in more and more people using those mobile products, but also understanding them. Users started to see the difference and notice when the experience is not that great. Over the years many users simply trained themselves to understand UX - even if subconsciously.

Clients are users too

The shift started happening, when the clients also learned the good practices and realised that the process is a little too large for most usecases. They started a little shy, by sometimes sketching very low fidelity wireframes - high level ones themselves. They used powerpoint at first, but when the design tool revolution kicked into full gear they switched to Figma, Axure and others.

The similarity between Powerpoint drawing tools and dedicated design tools was so big (and still is), they quickly learned to create full, initial flows all by themselves.

Knowing the product well and being invested in it personally led to a lot more engagement and focus than an external contractor could provide.

The world stared moving towards the more agile approach, and customers simply preferred the slimmed-down process. First of all, it gave them the opportunity to truly participate and come up with ideas now. Previously they were mostly allowed to nod in unison when the UXers were speaking about the process.

The wireframes most customers produce aren’t bad. We have found that out first hand when many of our clients started sketching the flows themselves. Sure - they often require some logical fixes or tweaks, but in many cases, they’re a great, fast start into the project.

What UX roles do we need?

There’s a notion that UX researchers are necessary to even test if the product is viable for an user group. I believe this approach is wrong. Of course checking viability, or PMF (Product Market Fit) is essential, but it’s not the job of either UX researchers or designers.

The viability should be tested by the product team, or a dedicated market research group within a larger organization.

UX researchers can then analyze which of the existing IA (information architecture) to use for the product and plan a way to test how well the users perform the tasks.

What I mean is that UX researchers should focus on the actual product, not the broader Human/Customer experience. If we dilute the role into doing all research in the company, it may lead to people who know how to research app usage, researching market trends. And with all due respect, this is simply inflating the UX research role, just so they have more to do. Rarely, they will be able to achieve the same result, that a trained market researcher from a product team would.

I believe we should have two, strongly overlapping roles. Researchers that know the design principles, and designers who know how research is conducted.

No need to split it into separate sub-roles, unless you have a very large organization. The researchers should research, the designers should design. From the initial flow sketches all the way to the high-fidelity, polished UI designs.

Sure, they can outsource illustrations to illustrators, just as market research should be outsourced to professionals in that field.

But what that „design” part truly is, is moving some rectangles around. At first plain ones, then you add some shadows, gradients and a fancy font.

Two roles that both understand the competences of the other side are crucial in the new landscape of companies having generally less money to spend. Most businesses need to go agile and strip away unnecessary parts of the design process to make it in the market.

A designer who doesn’t design is not going to be an useful asset for most of the businesses this decade. And by design I don’t mean ideate on a flipchart. I mean truly design.

Would you imagine Braun industrial designers in the 70’s being designers and never picking up a pencil? No. They’d be called managers, or marketers, but definitely not designers.

And even if you have a larger design team, it’s good to have all designers understand both the flow parts of design, and the UI parts. That leads to better synnergy and a lot better result at the end.

If everyone can deliver a polished project, there’s more potential to combine the best parts of each of them.

UI is not about „coloring a wireframe” anymore. With the popularity of Design Systems and clients doing simple wireframes themselves, and so many of the best IA practices already established, it’s the UI that makes a difference.

2️⃣ Researchers should research (the actual product part, not the market viability).

Synnergy leads to better projects delivered with better budgets and more room for creativity and innovation. 🙌