Tesla unveiled a humanoid robot, powered by AI and moving another step closer to digital humans. Should creatives be afraid? 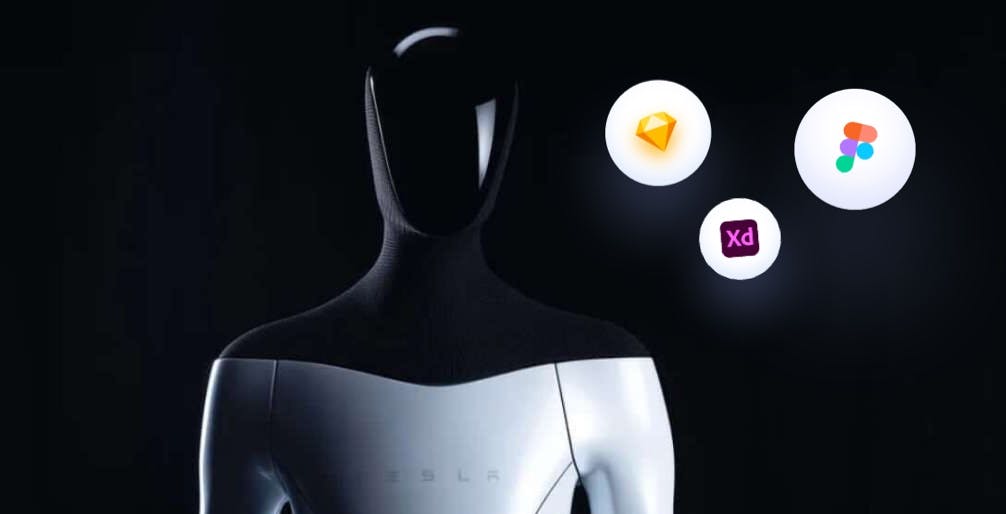 On their recent AI day, Tesla has unveiled a couple of things, but one that seemed the most controversial was a humanoid type robot. While the idea behind it was to elliminate physical labor (in the far future), I couldn't stop wondering what other implications this brings to the table.

Before we get to the main question of this articles, it's important to mention that if (and that's still a big if) a shift like that happens, a lot of people will be out of work. One solution to that is of course the Universal Basic Income - a monthly paycheck from the government for people to support themselves.

Of course the idea is that it's a pretty low, minimum value and if you want anything more out of life you'd still need to work. But I'm wondering for how many people spending 16 hours each day watching Netflix will be enough. That sounds scary.

On the other hand, having more time on their hands (i.e. being bored more often) can lead to a lot more artistic expression, which can be a refreshing thing - but it will also likely lead to a lot of bad artists.

With the monetary problems out of the way, let's get to the main question:

Can a Bot design?

To better handle this question let's divide design into two main categories. One would be the physical hand movement on a keyboard and a mouse and seeing a result on a screen in front of you. The other would be the critical thinking required to solve problems, but also creativity in the visual space.

Technology is moving forward at an amazing pace. Just a few years ago the Boston Dynamics robots could barely walk, now they're doing backflips.

The 3d way of seeing the world that Tesla's cars (and the bot) will supposedly have is enough to look at a flat screen in front of you and coordinate the hand movements on a predefined set of keys and a pointing device.

So technically it's possible for designers and developers to move out of their almost comfortable chairs and move onto the couch full time. But there's one major flaw in this approach.

If you have an AI capable of doing design, you don't need a physical robot to do it. Design is now mostly happening in a digital space, so you could just write some software to do that design for you. You don't need to sit down a robot to move a mouse and press the keys. It can all happen without that robot, on the same computer you use for your design today. It would make your laptop the designer.

Make a design button would then finally become reality! Sounds good? Well, a little too good!

There were attempts at this before, and while technically feasible and armed with machine learning they all failed.

That leads us to:

What humans are particularly great at is creativity. I'd define as a way of often unpredictable "remix" external data into our own version of it. Because nothing really comes out of an empty brain. We need stimuli from various sources and we get inspired - a lot.

Learning design is in a way seeing what works and what doesn't, and then repeating that process over and over again. If you do it for years, you can become a senior product designer and get rich 🤣

Now, if that kind of training was possible, we would have a lot of Kung Fu fighters in the world, right?

But jokes aside, technically we can feed the AI good and bad solutions to design problems, and it could probably be able to sketch out an information architecture flow that wouldn't be half bad.

The issue with this approach is that while we do have good and bad practices, a truly great design innovation comes from stepping outside the boundaries sometimes. And a human overseeing an AI like that would grow too complacent to innovate either.

Some forms of UX research could be performed by artificial intelligence and some of them are even done this way now. Heatmapping tools do things, that used to be done by people before. And this space will only improve in the future.

Qualitative research will probably be left to humans for the longest, as most quantitative studies are often supplemented by machine learning already.

While UI design is definitely not art, it does require some extra creativity to truly spark an emotional connection with the users. We can't solve all the products with a design system, as Material Design proved. That's why Google is trying to personalise it now with Material You.

Because ultimately it's about You - the customer. The more generic the design, the less attached you are to it. It's not as easy to predict how soft the shadow should be, or how bright the gradient, because this is what our less logical, emotional side tells us to experiment with.

That's why I believe that while some typical UX jobs could be replaced by AI (but not really a "bot"), UI will be one of the last ones to fall in that battle. It simply requires that human touch a lot more than building flows, or doing quantitative research.

And if we try and let that AI loose on dribbble... well that would be a very bad idea 🤣

I made a video about AI taking our jobs a while ago that you can watch here:

So will AI take our jobs?

Don't worry! In the near future AI will likely be solving completely different problems, and both the design and coding industries are too small to really need complex, pricy robots or GPU calculating farms to tackle.

At some point a bigger push to replace parts of our process with AI will happen for sure, so we simply need to stay on top of the game and learn to use these tools for our gain, not fear them.

And if we're talking Elon, I think Neuralink can actually be a much more feasible Designer enhancement at some point - as armed with that AND the human touch, we would be way better than any AI or bot.

Even one that knows how to dance.