Twitter has updated it's web app with a cleaner design that makes it easier to focus on the feed. 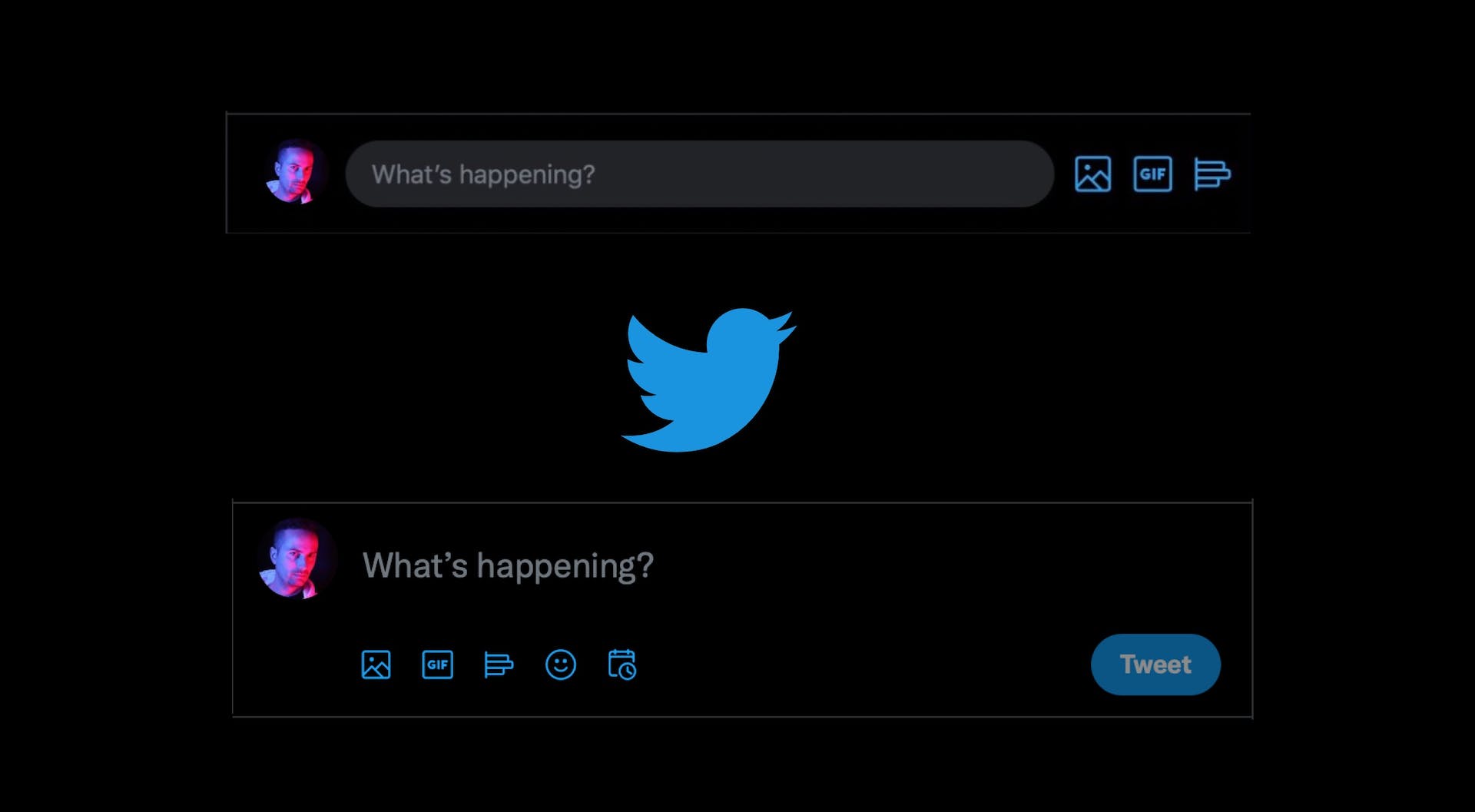 Apparently Twitter acqui-hiring Ueno is finally paying off and we can see some progress and some new UI ideas for the platform. And yes, that also includes a brand new font called Twitter Chirp 😎

Fleets are gone but...

While Fleets had been more of a failed experiment, and had been removed in early August of 2021, today we are seeing some more subtle, but important changes to Twitter UI design. The redesign is likely not complete, as some sections of the site still have the old style, typography and spacing, but the changes are gradually taking over the most important elements.

Clearly, the main focus for both the designers and the users is the feed. Everything is pointing towards reducing clutter around the feed, so it's easier to scroll through without distractions.

Starting from the left side, the main navigation got a lot more subtle, with the icons dropping the blue color and extra styling. The selected icon is now simply filled, while the other icons are outlines. This is good, as I think the previous one looked a little bit too heavy visually.

The feed is front and center

The most prominent change is the redesigned compose window - now a lot bigger and requiring one less click to actually start engaging with the platform. I believe this is a step in a good direction, especially for power users who compose a lot of Tweets per day.

To most people, the right column is the least important part of Twitter. The new redesign removed separators in the trending and who to follow sections which allowed for more whitespace between the fonts and a cleaner, more readable design.

Before the redesign the right column was quite visually heavy. The separators and the blue icon made it complex, while the on-hover selection of an active element served as easy enough readability improvement (to know what we're clicking at).

After the redesign it has a lot more whitespace, and is generally simpler and cleaner. The main issue I see is that the now white cog icon is not horizontally centered over the new ... icons in each section. That will probably be fixed in an upcoming release, but the change is clearly moving more focus towards the feed, where the separators stayed to easier distinguish individual tweets.

Of course not everything is a change for the better. Some complain that the new font is a little too condensed which makes it harder to read. I on the other hand noticed how badly aligned the notification number is within the badge...

It's inspiring to see these changes taking place, as we can try to analyze what research and reasoning led to them and that is a good way to better understand the design processes.

What do you think about the redesign? You can let me know on Twitter! 🥳