Our trick to being more creative

How we redefined the way we brainstorm. 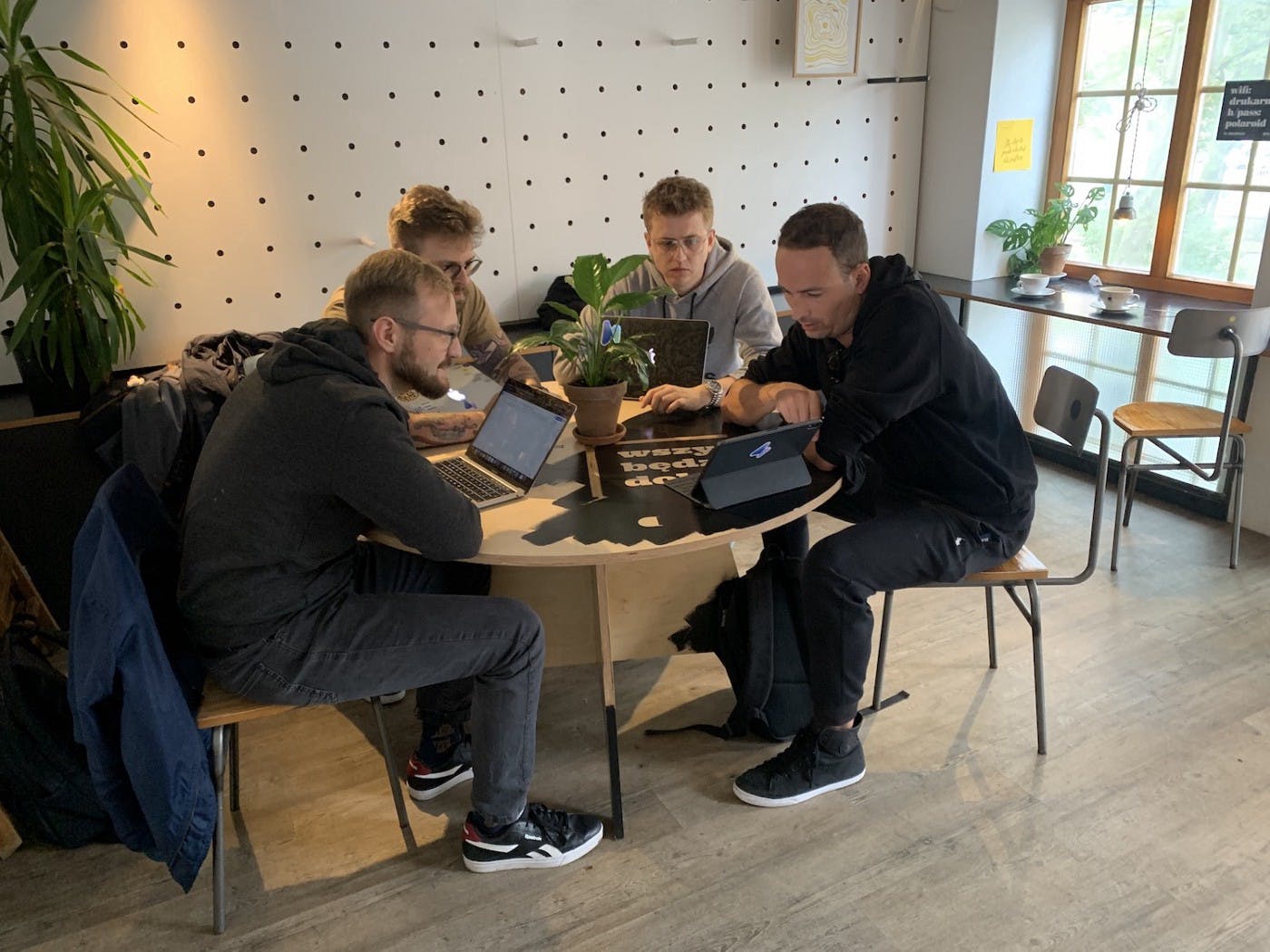 My goal for hype4 was always to be different. I spent my first decade in the design industry in a couple of agencies, and their micromanaging, lengthy processes and “tried and true approach” to everything was a catalyst for that change.

One of the key elements of our process is simply getting out of the office. We usually do these sessions at least once a week, where we book a table at a local coffee place and brainstorm.

There is, however, a certain process we follow while brainstorming, to make sure we’re the most effective. It came to life over countless iterations, some lucky finds and some spilled coffee.

Changing the space is one thing, but it’s the process that matters.

Here’s how we do it

The first step is setting a goal — it can range anywhere from making a new product, new educational concept, or simply reaching more people.

Once we know the goal for the brainstorm session, we take the opposite approach to what many people understand as “brainstorming”.

We brainstorm individually for 20 to 30 minutes writing out as many ideas as we can, however ridiculous they may sound. The goal is to have 10 or more paths towards success.

We quickly understood, that if we let everyone talk from the start, we’ll end up with noise, but not substance. In many cases the loudest person will come out on top, but not necessarily the best idea. That first stage is practically silent, except for typing sounds and sips of coffee every now and then.

Imagine the range you’ll get when you have the most boring, safe ideas there are, and on the other end of the spectrum some crazy, out-there concepts.

Then we confront those ideas looking for patterns. Something that may sound silly at first, combined with an idea of another team member can actually start making a lot of sense.

That free flow of ideas and energy is not time limited, as this is where those initial concepts get recycled, stripped, repurposed and reworked into a couple of potential winners.

I believe that we often pick the best concepts automatically, and then when the logic kicks in we tend to overcomplicate our decisions and slow everything down. That’s why one of the goals of these exercises is to get those ideas in written form as quickly as possible.

Then shuffling them around and talking about them should also lead to automatic conclusions. If you think something is funny and silly, make a joke about it. Sometimes that joke can become a base for improving that idea.

One of the biggest problems of typical brainstorm sessions is that they’re way too serious. It positions them half-way between coming up with ideas because you have to, and sitting it through until you’re free to go.

Humor is one way of solving the problem and making the whole experience a lot more natural.

What are good ideas?

The sooner you realize that everything is a copy of a copy of a merge of something else, the more you’ll be able to use the randomness of laid-back conversation to your advantage.

The best outcomes are practically always a mix of a couple of those ideas with a splash of something that would normally never belong at a serious company meeting.

When we discussed the approach to promoting the book, we shuffled many ideas on how to show the value of it to people. One of the first concepts was of a Superman — a superhero so powerful, nearly nothing could affect him. That led to a couple of sketches of a superhero designer, but then we realised it’s cheesy and doesn’t really fit the vibe we wanted to go for.

But instead of abandoning the idea, we thought around it. Superman is so powerful, that it can make him overly confident to show off his powers. So maybe we could give people A LOT of content from the book completely free.

Ok, but what would be the right amount to show that confidence in the quality of what we do?

One of the first answers to this question was: Let’s find out.

So we searched for 10–15$ ebooks around the subjects of UI, UX, WebDev and more. We found out that they range from 40 to a 100 pages on average.

So to show the confidence we gave away 56 pages for free — i.e. more than some other people charged for.

And this all started with a superhero analogy going south.

Many of the better ideas or their refinements come when we take a break from sitting at the coffee place and go do something else. Last time we were meeting in Gdansk, we went to shoot some aliens, which resulted in a couple of potential “winners” to test out at our next meeting.

So don’t be afraid to break the stale rules of brainstorming. Try doing it differently and remember it’s all about combining two seemingly random thoughts into one that starts to slowly make sense.

Out of that fog of randomness you uncover the best paths forward.

The cognitive overload happening on your screen right now

Why the new Macs are a game-changer for product designers