We can try (and fail) to change the world. 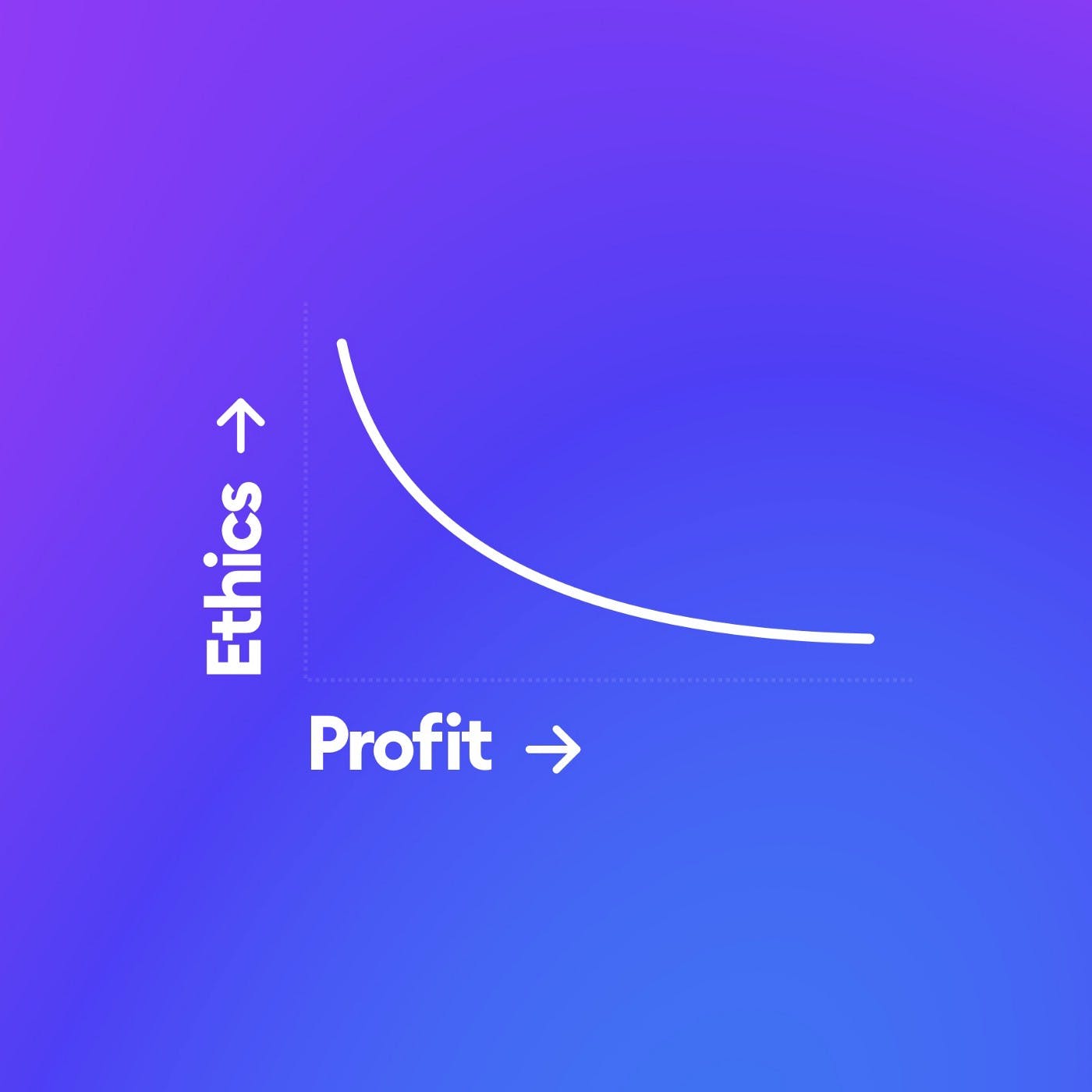 Ethics are having a comeback. Many designers say, that making ethical products is going to be their goal. I know a designer who refuses to work for Big-Pharma™ companies, because of his ethics.

People quit Google (remember “Don’t be evil”?) and Facebook because of their unethical practices all the time. But there’s more designers and developers to take their place.

Movements like “Design for the good of humanity” are sprouting all around, and while they can work on a small scale, they’ll never reach any notoriety.

Humans are incompatible with humanity.

This is just how we’re built — as humans. If ethical practices would be enough to make a market share for a product, we’d be doing them even without believing in them. But sadly — they are not.

Someone once said, if something is free, then you’re the product. And this, in the last few years grew into an unethical nightmare that you can see in various interviews, hearings, subpoenas and more.

So while you can make a small startup be fully ethical, you’re not going to make an ethical Instagram, Facebook or Google without first changing how humans work. And if we could change that, I’d start by solving other problems (world hunger, pollution, inequalities, education scarcity and more) than an ethical Instagram — really.

And while some industries seem to think of themselves as more ethical than others, if a market share grows enough those big corporations will start going into their headspace’s. Yes, if it becomes popular enough Facebook will make their own meditation app and preach harmony with your body, soul and planet earth.

So as designers, you either go small, or agree to be somewhat unethical, because in those big companies it’s not you who is making the rules.

No trees were harmed in making my eBook by the way.

Will work from home destroy work?