People spend most of their time between a handful of products right now, not on "other apps or websites" 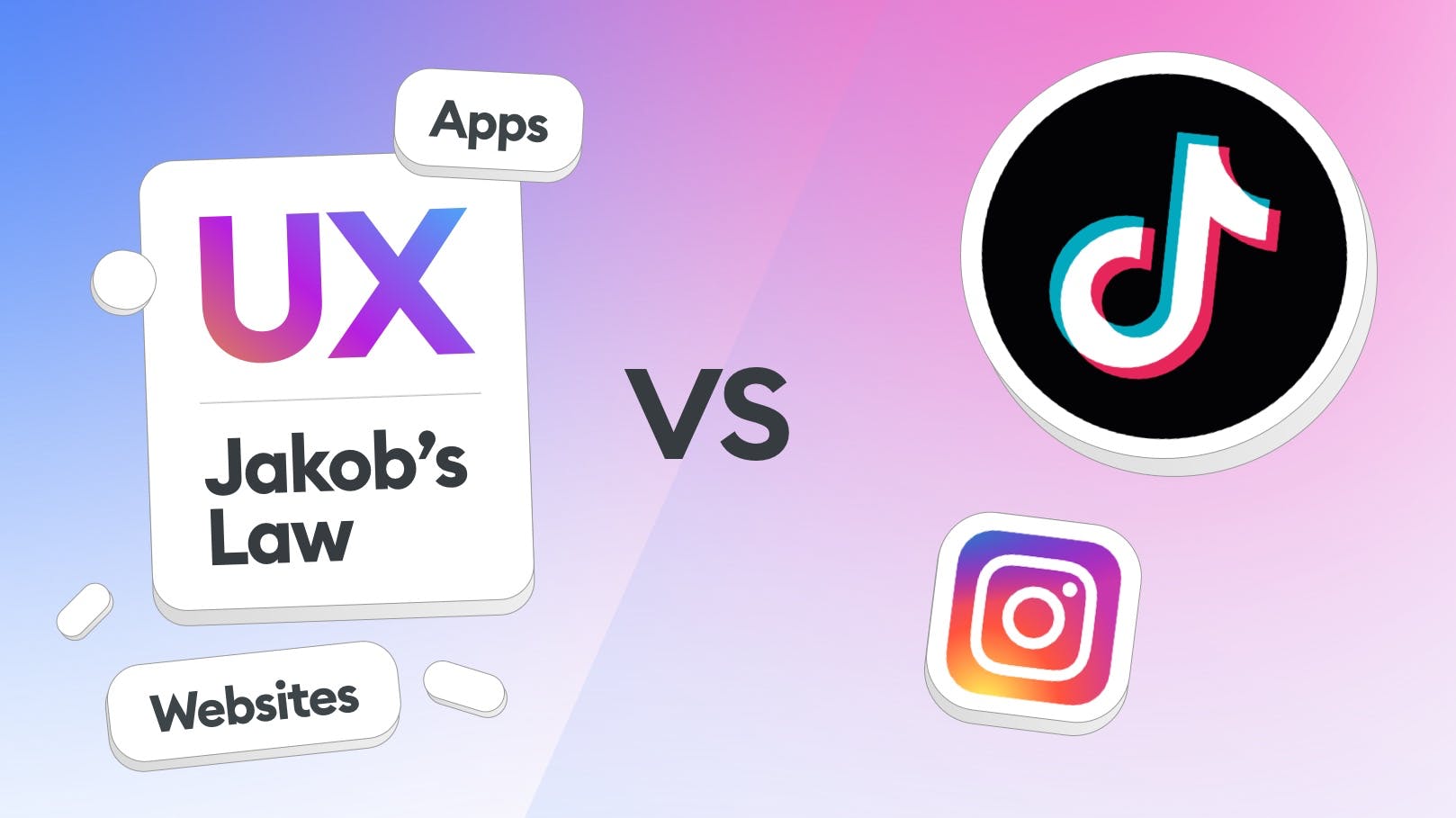 Many well established “laws” prove to only be temporary. Moore’s Law, stating that processing power of computers doubles every 18 months is slowing down and will likely be false in a few years.

In our little (walled) garden of designing digital products, we also have some laws. The advent of virtual and augmented realities may re-shape some of them as well, but that’s not something we can fully grasp right now. We’ll just have to wait and see.

There’s however one law, that is slowly becoming less relevant than it used to be. It’s Jakob’s Law, named after one of the UX fathers — Jakob Nielsen. It states:

People spend most of their time on other websites (*and now apps too), so they prefer your site to work the same way as others do.

This was true for quite some time. In the early internet days, with slow, modem connections most of the internet was a series of text-links in a one or two column layout. It couldn’t really get more simple than that.

Around the early 2000’s the internet speeds went up, and so did the visual fidelity of websites. One by one they started adding background images, more complex hover effects and semi-realistic looking buttons in place of text links.

And once again Jakob’s Law applied. The transition period between those versions of the web wasn’t instantaneous but we could let that slide, because the change was happening globally.

Taking it all into consideration, even with all the changes, most websites still followed similar patterns.

There was one side-path around 2005–2007 with Flash websites often using complex, custom ideas for presenting data and navigation. It was a clear violation of Jakob’s law, but the internet was still fresh and new — people were actually curious about those Flash sites. They were often fun to explore, looked extremely advanced and super creative.

Yes — they were more difficult to use — obviously — because they were completely custom and one of a kind.

The Flash era ended abruptly with the introduction of the iPhone in 2007. Lack of support for the technology wiped out that creativity from the web for years, opting instead for the tried and true design patterns of the “normal web”.

That was beneficial for usability and followed Jakob’s law more closely again. One of the reasons was that the iPhone introduced a completely new web viewing paradigm.

While it started as a “zoom in and pan” of the regular web, it quickly evolved into “Responsive Web Design” — one of the most popular search query of the early 2010’s. Everyone wanted to “go responsive” back then.

That split the web experiences between the big and small screens, with different nav patterns, like hiding the mobile menus in a hamburger-drawer.

But once again Jakob’s law prevailed. Instead of assuming the desktop and mobile worlds are the same, it simply split them into two spaces, each with a set of rules governing how they work.

Once the good patterns got established, it created the web we know today. It’s definitely not as creative and inspiring as the Flash-era, but a lot more accessible, standards-driven and, in the later stages content focused.

With Flash officially dead, apps began to take over the “creative” space. They allowed for better use of the technical resources of the device, which led to a little more visual fidelity in some of them. That also enabled mobile gaming to closely follow console quality, but we’re not going to focus on games here.

Both Apple, and Google created their sets of rules for each platform, to standardise how apps should work and behave.

This effort, meant to make it easier for users to understand a new product, was also closely following Jakob’s law.

After all there’s billions of apps and websites now, so it’s obvious people spend most of their time on other apps or sites, right?

People use your APP most of the time…

For a while it all held true, until social media began slowly replacing the internet in our minds. Some countries are so dependant on Facebook for example, that they don’t even preinstall a regular browser on mobile phones. Facebook is their internet, for both news and entertainment.

In those isolated scenarios, we can then say people use YOUR app (if we’re talking to Mark) more often than other apps. This is where Jakob’s law falls apart.

But it’s not really global, mostly being limited to the developing countries, right?

The new social media, relying on instant gratification, dopamine boost and small-dose entertainment have taken over the world by storm.

This is how we consume news, watch people dance, lip-sync, or build a swimming pool with mud and sticks.

There are people all over the world now, that barely go outside of TikTok, or Instagram. Why should they? They can find everything they want there, including staying in touch with their friends via DM’s.

The algorithm is so advanced, after a while it serves people exactly what they need, so they don’t need to look elsewhere.

They don’t need to switch.

The reality is, that there are people that use TikTok or Instagram 90% of the time they’re on the device. And their numbers are growing rapidly.

Should Jakob’s law be rewritten? Or should we add exceptions from the rule and carry on?

Hi 👋 I’m Michal and I help create 🦄 Unicorn Designers at HYPE4.Academy — Catch me on my 🎬 YouTube and 💬 Twitter!