Apple announced some new laptops Today, and I'm exploring whether they're a good fit for product designers. 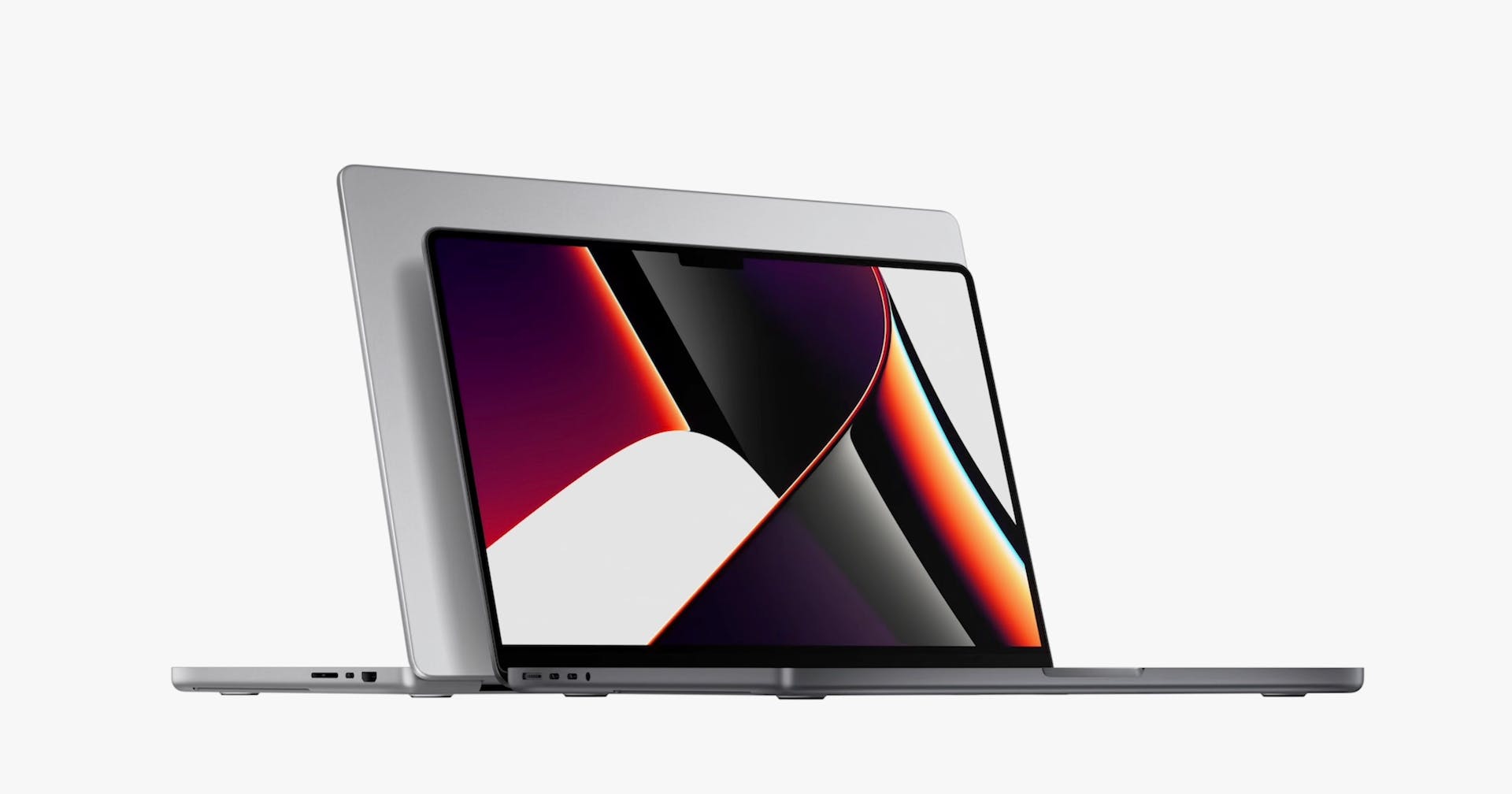 Hello, Apple October event. I’ll share some thoughts on what was announced from the perspective of a designer. One thing I found instantly cool, was the hint of magsafe in the intro - cool move apple.

The keynote was all about two things:

Then they talked about music, but I don’t think many people care about that, so just to sum up, new home pods with colors now, now airpods pro and max with spatial audio.

They also showed new, smaller regular airpods, i.e. the cheap kind. Fun Fact, Diane had both the regular ones and the pros and she lost one of each. From now one we always go wired.

Let's talk about the mac

So a new, larger MacBook pro with a faster M1 chip was to be expected. It’s not M1X though, but M1 Pro. Oh and a second chip called M1 Max that’s also a double of the M1 Pro. So now I guess we have three processor tiers in the mac.

Also don’t know if you noticed, but the Pro and Max naming conventions are almost matching the iPhones - the faster CPU should be called Pro Max though. But still some consistency is welcome.

I tested the M1 MacBook Pro in Sketch a while ago and found out I can move an impressive 1800 design heavy artboards without a problem. You can watch that video here:

Now, they shared a lot of transitor science, but I don’t think most people understand any of that.

The basics are there’s now a 10core CPU cores and 16 GPU cores. The graphics is now a lot faster too. For video editors building in ProRes support into the chip itself is likely going to be a game changer.For me the additional thunderbolt controllers were a happy addition, as I encountered many problems with connecting external devices to the M1 laptops.

There are improvements in power efficiency, but I think it’s not as important as most pros use their laptops connected to power. It’s a nice to have though for some on the go work.

All the performance graphs now have numbers along the axis, which is something people made fun of at the M1 introduction where the graphs were a bit arbitrary - you couldn’t really see what they meant. I guess apple listened and added the numbers here - maybe they’re more condifent in the performance now.

As for the video editing, I’ll have to use one of these chips to see a difference. I’m generally happy with my M1 Mac Mini, but it does stutter a little bit with two 4K videos on top of one another. Only for a second or two, until it plays fine, but I do feel it.

They announced two new laptops, as expected 16 and 14” displays.

They have magsafe again, hdmi, sd-card and headphone jack is still there too. Happy days!

Three thunderbolt ports are still better than two, but I actually liked the four-port MacBook pros on Intel. But I guess that wouldn’t really fit into the chassis.

There’s also a notch now for the camera, which I guess makes sense as it blends in with the action bar at the top. Unless you’re not using dark mode, then I guess you’ll have to adjust a bit because in light mode that camera notch is quite visible …

ProMotion refresh rates on the display is also welcome - but mostly for content consumption.

The display is now also Mini LED, so brighter and more like the largest iPad pro, which looks awesome.

Better microphones and speakers were too be expected, but on that front Apple laptops were always pretty good. This is more of a feature for musicians.

I was expecting the 16” to get the Max CPU, and the 14” to get the Pro, but apparently you can configure each CPU for each of the screen sizes. Good to know if you like the performance but want to go portable.

Batteries were also improved, but what’s more interesting is that there’s now a fast charge feature, allowing you to top up the battery by 50% in just 30 minutes. That’s going to save a lot of on the go projects!

It means the highest spec ones will be a lot more expensive than that, if this is just for the base versions.

I was hoping for a 32” iMac Pro with the new chip, or the mini with the pro Cpus but I guess we’ll have to wait for those a while longer. I will definitely check these out though, as they do sound like an exciting step forward.

Job titles and roles in UX are changing